A bird control spike, also known as an anti-roosting spike or roost modification, is a device consisting of long, needle-like rods used for bird control. Bird control spikes can be attached to building ledges, street lighting, and commercial signage to prevent wild or feral birds from perching or roosting. Birds can produce large quantities of unsightly and unhygienic feces, and some birds have very loud calls that can be inconvenient for nearby residents, especially at night. As a result, bird control spikes are used to Get Rid of these birds without causing them harm or killing them.

Bird control spikes on a roof

Bird control deterrent spikes are normally around 50cm long, and work by reducing the area available for birds to land on. This forces larger varieties of birds, such as seagulls, pigeons, and crows, to land elsewhere. The birds only get stabbed slightly and are usually unharmed. As a result, the Royal Society for the Protection of Birds (RSPB) recommends bird control spikes for deterring pigeons from gardens.

While deterring perching, bird spikes may not shift birds able to build large nests, and in fact can help them by providing a support to build the nest on. While spikes can be inspected and nests removed, in many countries there are restrictions preventing or restricting the removal of bird nests.

Described as "the most effective (type of) stand-alone bird deterrent",bird control spikes can be placed along ledges, walls, on top of commercial signage, closed circuit television cameras and in rain gutters, in order to prevent birds from perching on the surfaces. Bird control spikes are most common in city centres and coastal areas, where feral birds are more common and more likely to come into conflict with humans. In addition, killing or harming birds without a valid reason is illegal in some areas; for example the Wildlife and Countryside Act 1981 in the United Kingdom forbids killing wild birds that are not causing serious damage to property or posing a serious risk to human health, which puts pressure on authorities and landowners to find non-lethal bird control methods.

As well as being used to control wild birds, bird control spikes see limited use in preventing larger climbing animals such as squirrels, raccoons and snakes from crossing an area. 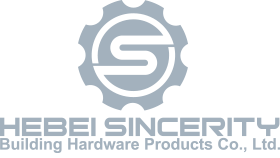